We Love 'Love Your Garden' 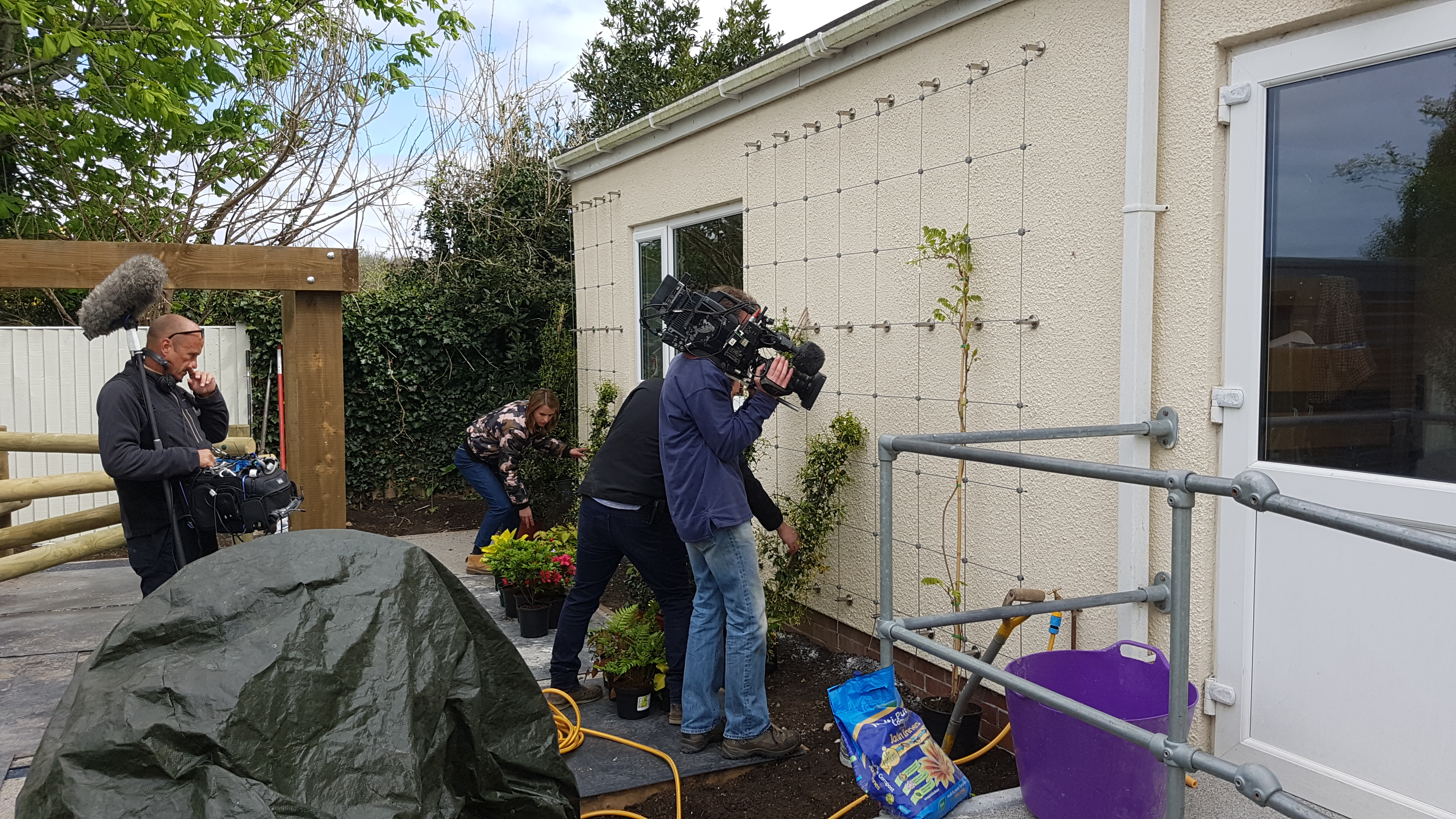 It’s not every day that we get a call from a TV producer, but that’s exactly what happened back in April when one of the team from Alan Titchmarsh’s ‘Love Your Garden’ show rang to talk about a project they were undertaking in Plymouth. 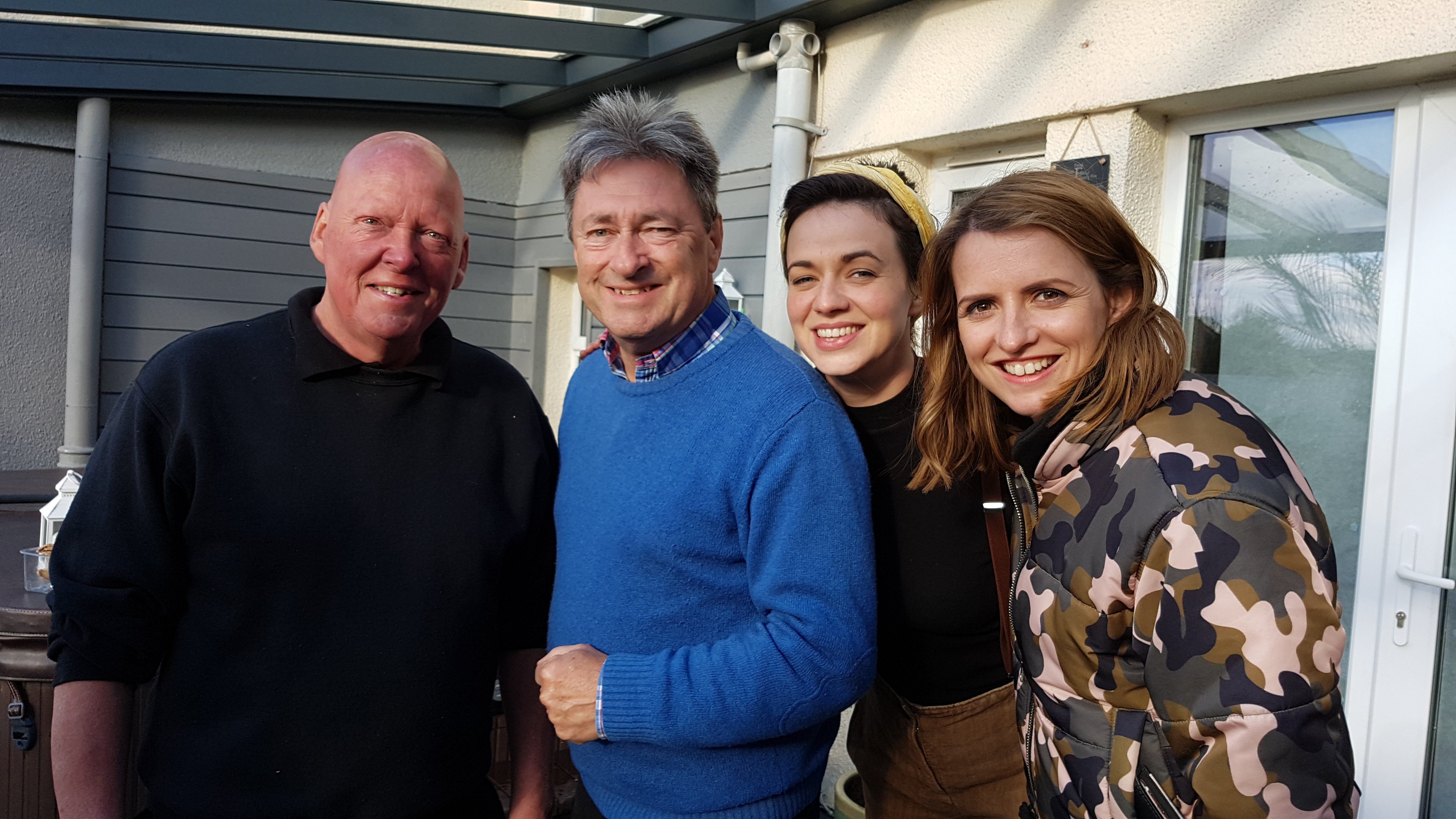 MMA Installer Dave gets friendly with the Love Your Garden Team.

We were asked to get involved in the first programme of the new series (which was broadcast last night, 21 June, on ITV1) and when we heard the inspirational story of the recipient, we were absolutely delighted to help and to supply and install a green wall (sometimes called a living wall) for the new garden.

The home owner is former Royal Marine Mark Ormrod, Britain’s first triple amputee from the Afghanistan conflict who was blown up by an IED on Christmas Eve 2007, losing both his legs above the knee and his right arm above the elbow. He not only works as a Welfare and Operations Assistant for the Royal Marines Association, but has also completed fundraising expeditions including running across America in 2010, cycling the coast of Britain in 2012 and this year is planning to do a charity bike ride with his 10-year-old daughter.

Alan’s contemporary garden design featured four distinct zones to meet the needs of Mark and his family, with the elegant, modern look of a stainless steel green wall system fitting in perfectly with the overall theme. 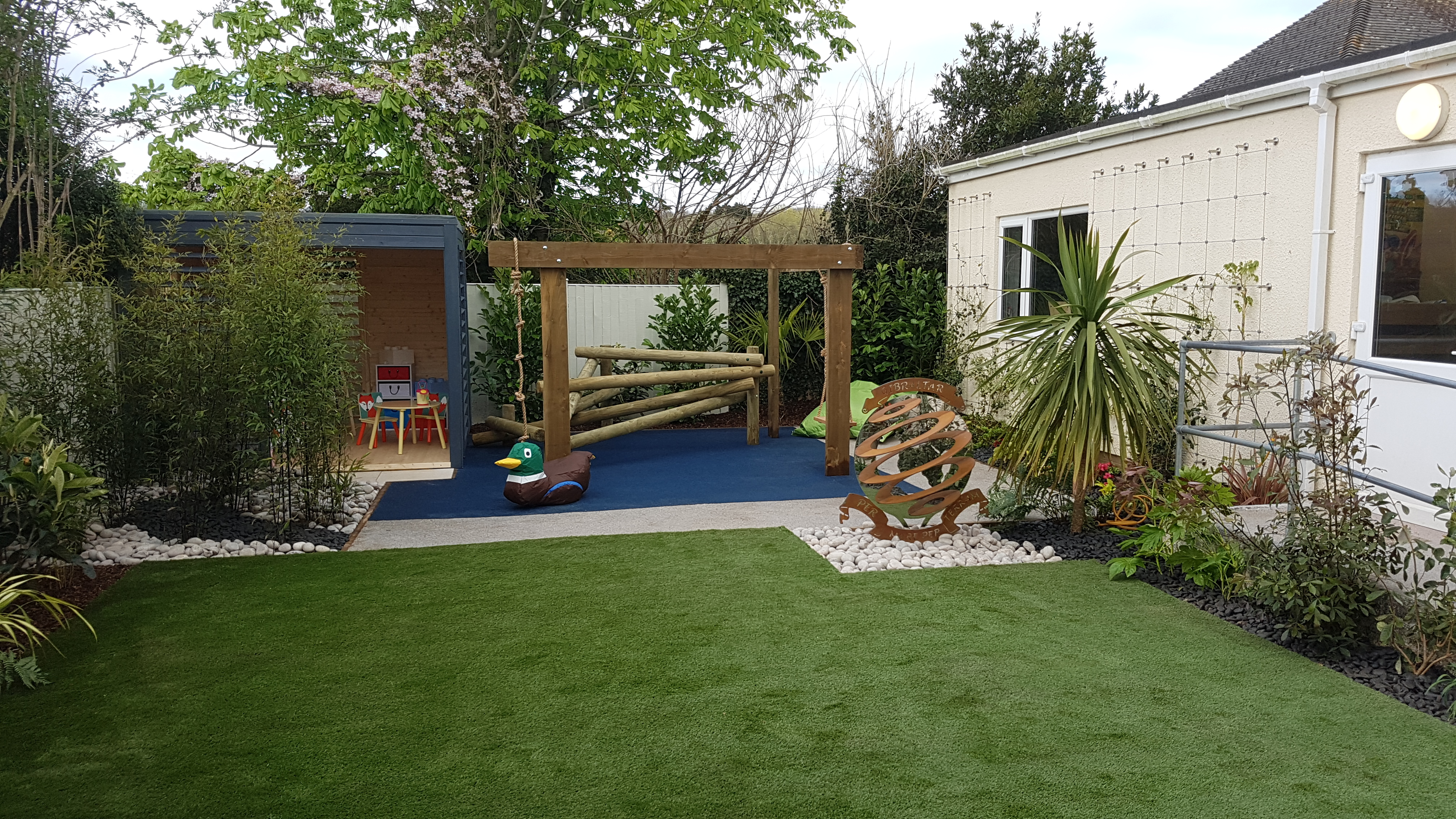 We supplied and installed our Jakob green wall for the April build, with the wall forming a backdrop to the area of the garden that had been designed as a play area for Mark’s children. With a range of plants including wisteria and star jasmine selected to climb up the stainless steel wire trellis, the living wall will continue to mature and evolve and to provide a beautiful backdrop. 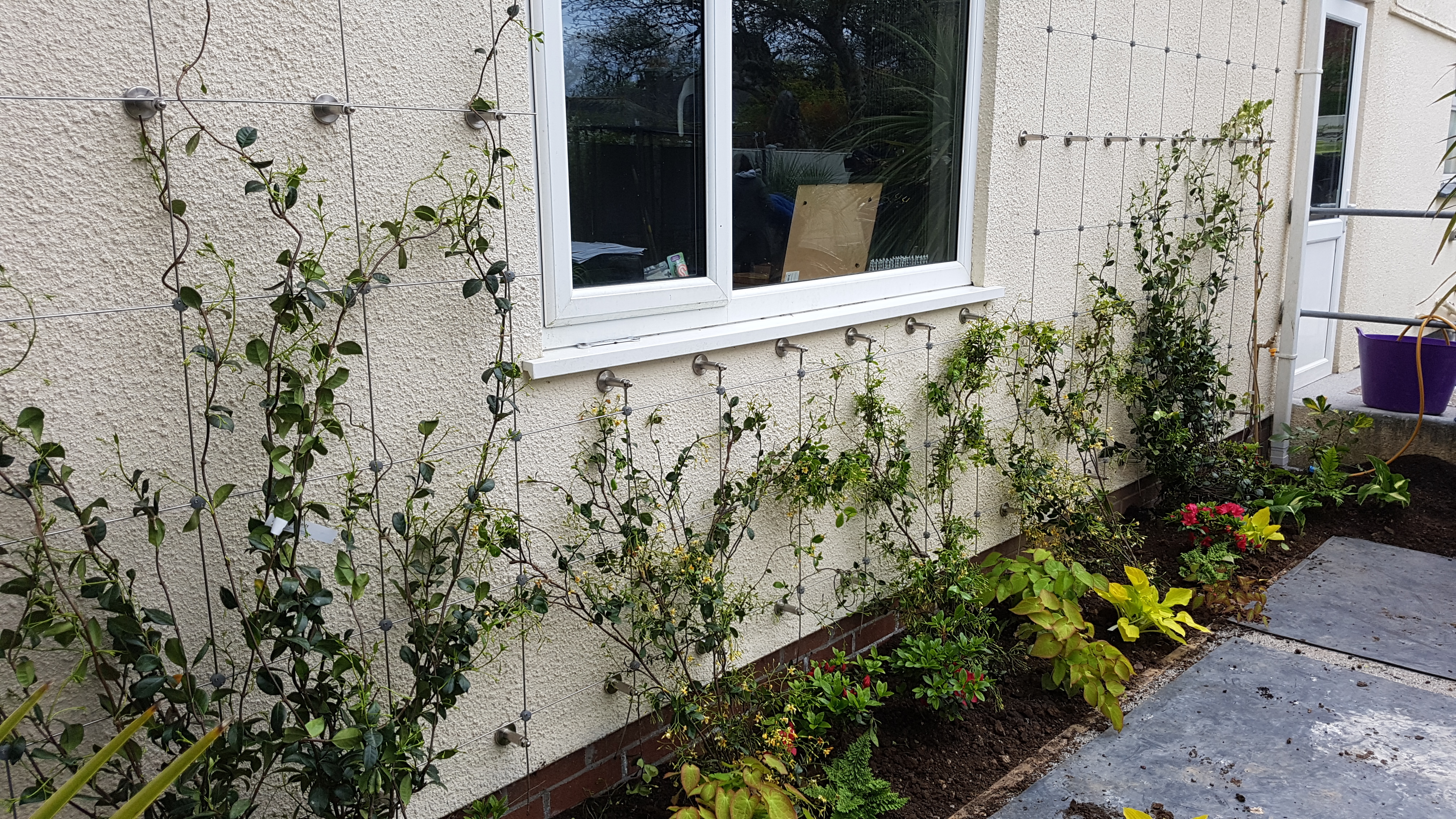 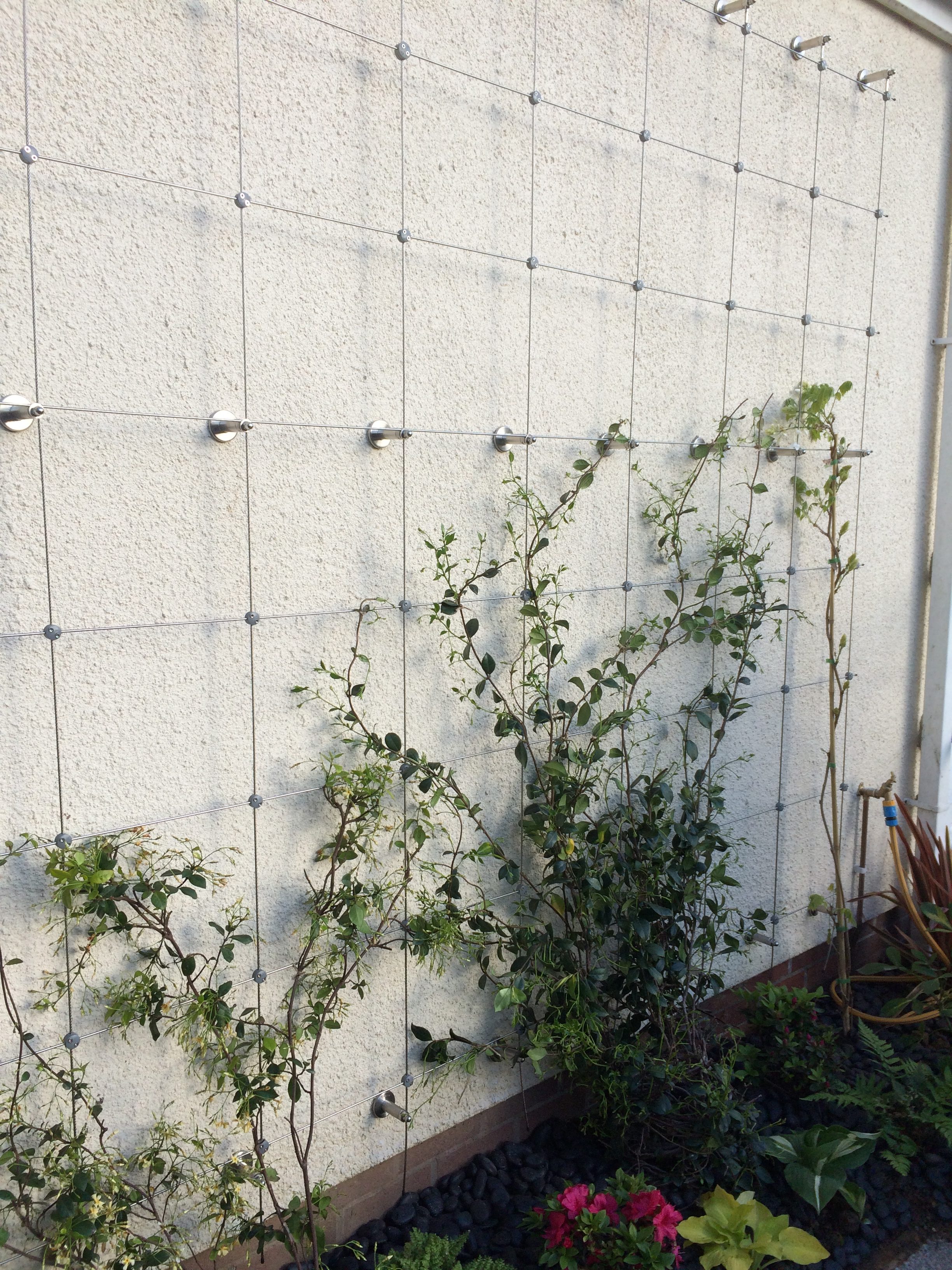 The finished garden looks fantastic – we were delighted to have the opportunity to be involved and to help deliver a ‘garden gift’ to a truly inspirational individual. 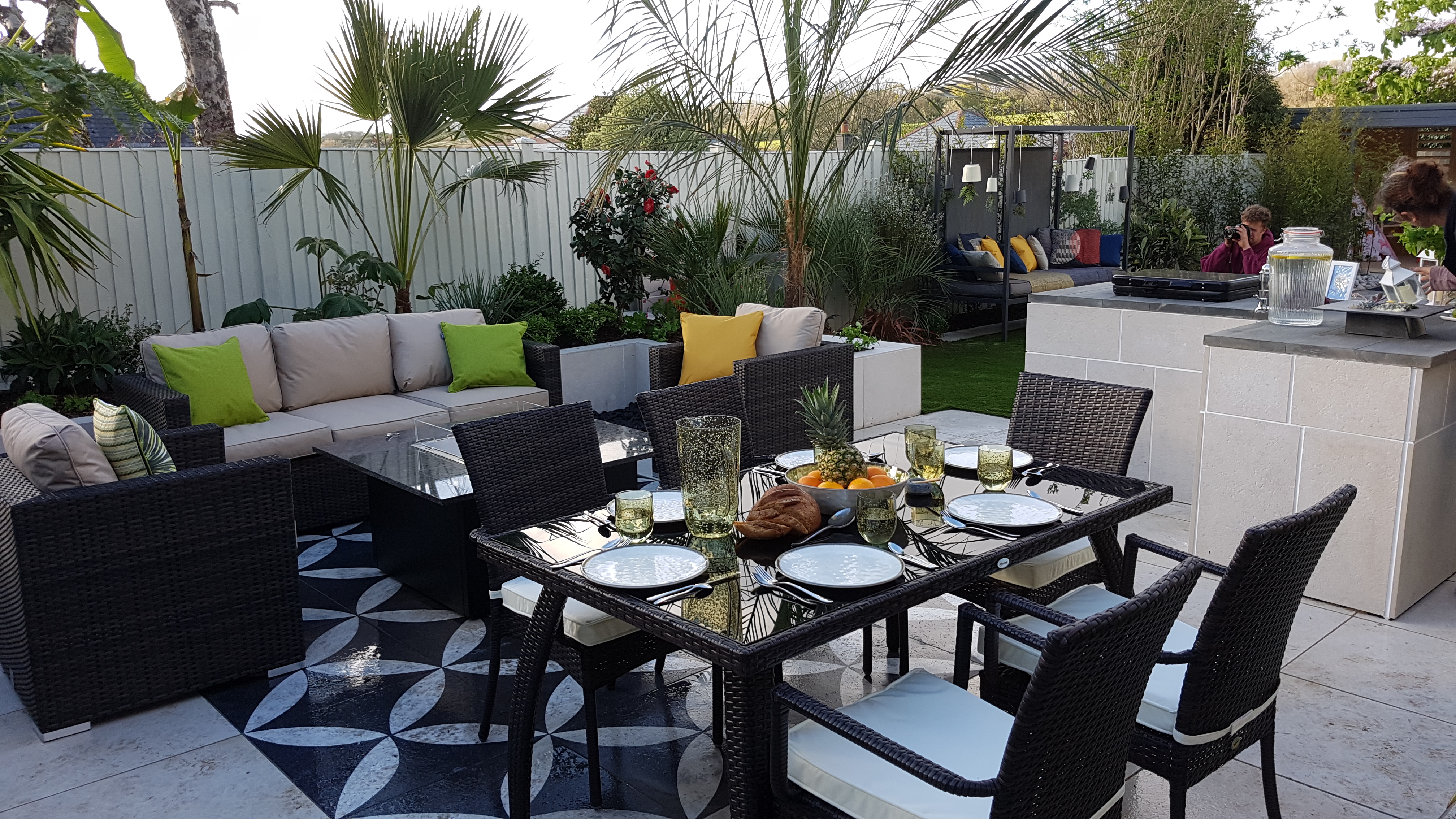 And having opened this blog saying that we don’t get many calls from the media, we’ve actually had two more recently, with one of our living walls having featured at this year’s Chelsea Flower Show and another soon to be seen on the Saturday Kitchen Live garden at the Hampton Court Palace Flower show. It looks like we’re going to need an agent!